This is a reblog of the post I wrote about the 2015 race. it was originally written with the Classic Editor so apologies if it looks a bit odd on your screens.

It’s that time of year again, Hobart’s waterfront is abuzz with the excitement of the Sydney Hobart Yacht Race. The first yacht over the line was the American owned yacht Comanche who arrived late on Monday evening. It was one of the toughest races for several years. Rough weather on the first night caused carnage at sea as yachts retired with damage to  either mainsail or rudders. Thankfully there were no deaths or serious injuries this year but about 30 yachts retired from the race including multiple winner Wild Oats XI and rival maxi yacht Perpetual Loyal who were both out within hours of leaving Sydney Harbour. Comanche was also damaged and retired from the race but then having made running repairs the skipper changed his mind and decided that as they were still within the allowed time they would continue to race after all. 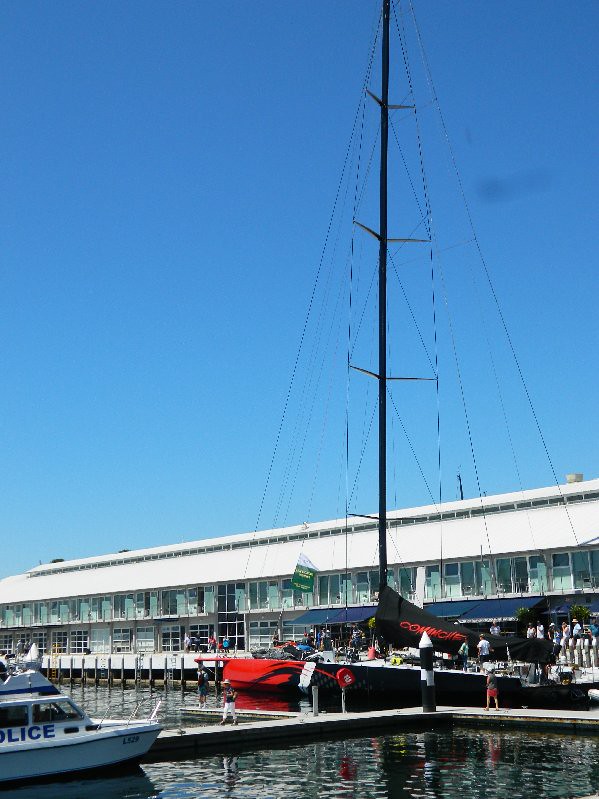 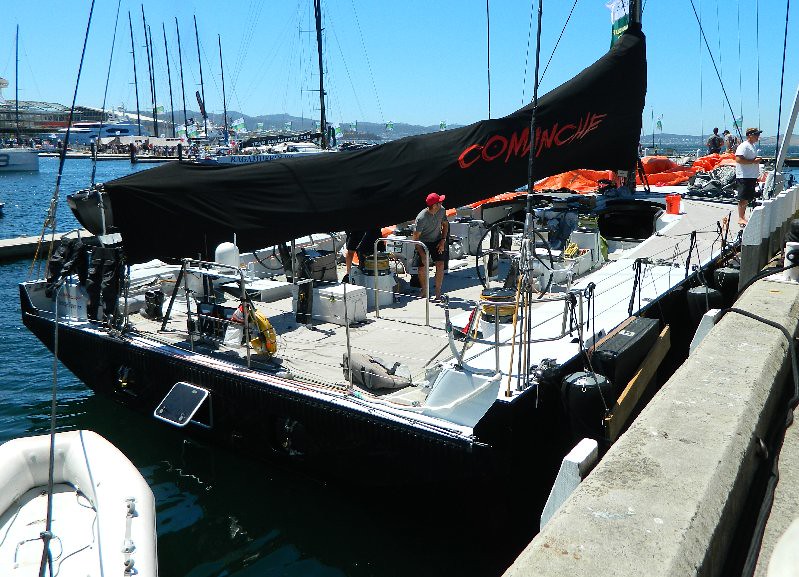 Second and third over the line were Ragamuffin 100 whose owner Syd Fisher was the oldest sailor in the fleet at 88 years old. They just beat American yacht Rambler as the two came up the Derwent on Tuesday morning. Rambler was also damaged and when I first saw her she was sitting at a very odd angle in the water.  It looked as if the damage to the rudder was being inspected as she was shortly returned to a more normal looking position. 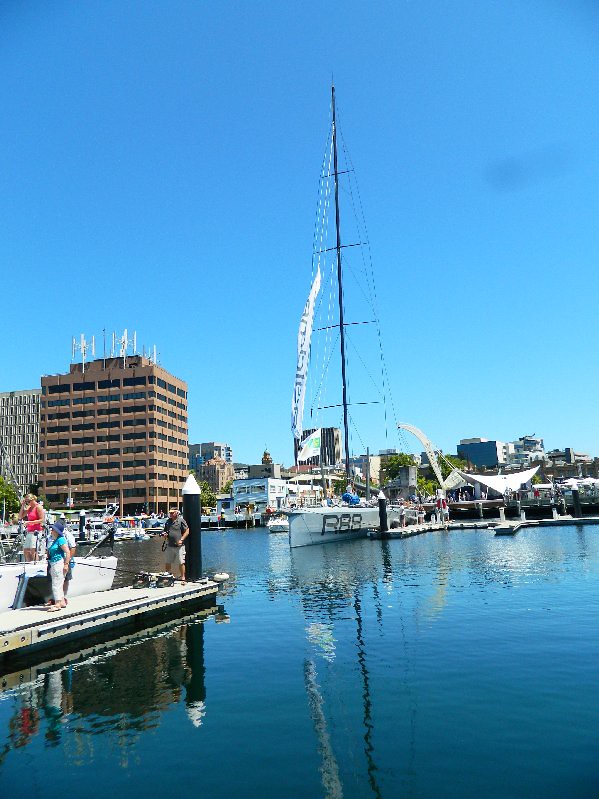 I went looking for familiar names amongst the early arrivals on Wednesday morning and found Ichi Ban and Primitive Cool which I would have recognised as Secret Men’s Business even if I hadn’t read of the change on the race website. 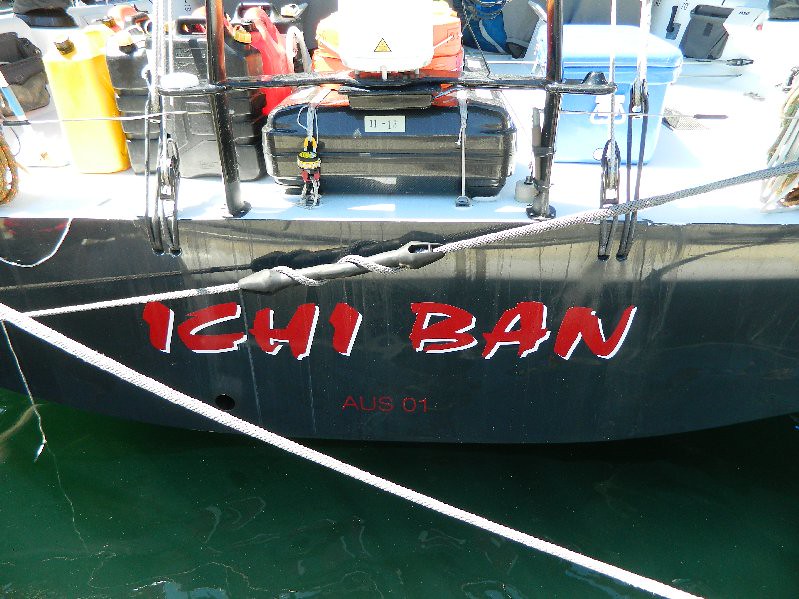 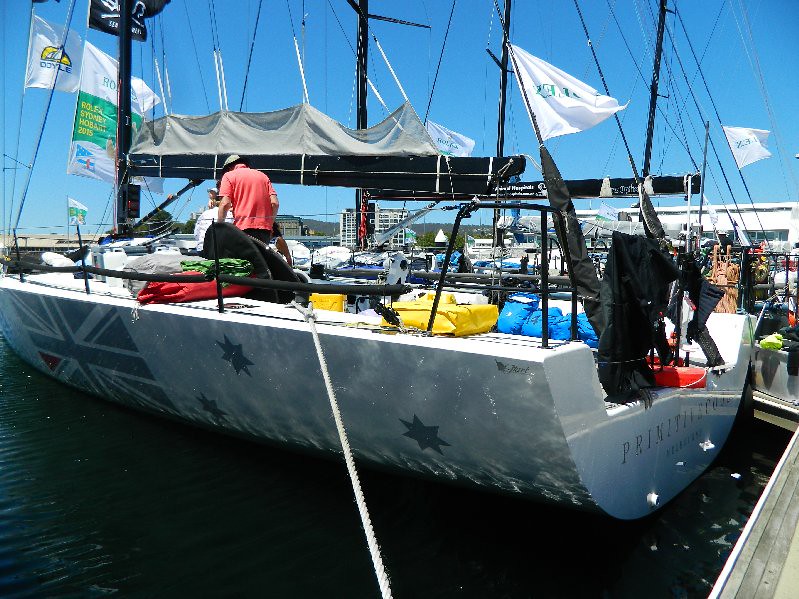 I spotted financial guru Paul Clitheroe aboard his yacht Balance. He was on the phone so perhaps he was checking his investments.  I would like to have told David about that. He used to enjoy his television show “Money” that was screened a few years ago. 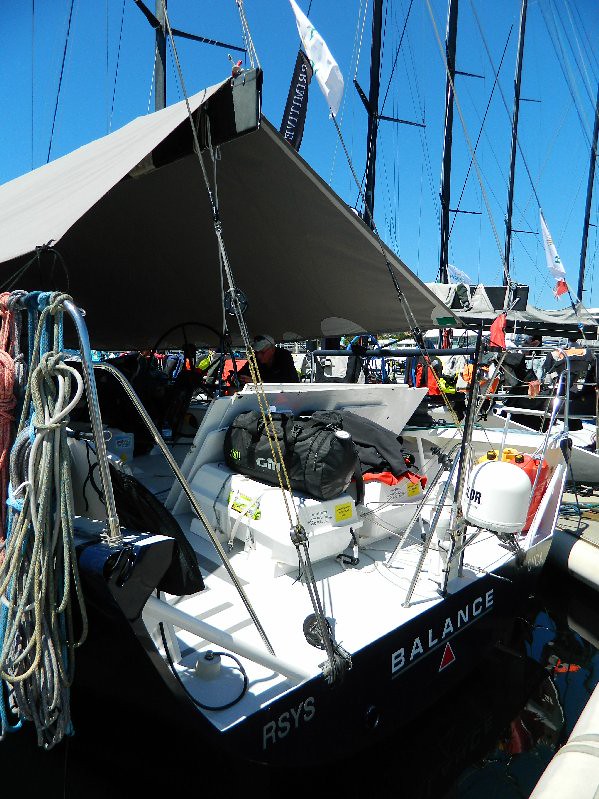 France and Italy were represented by Teasing Machine and Maserati. The latter yacht had a right royal crew member Pierre Casiraghi, younger  son of  Princess Caroline of Hanover and grandson of the late Prince Rainier and Princess Grace of Monaco. Royalty are everywhere at present as the Danish Royals have been on a private visit to Australia too. Princess Mary of course is a Tasmanian girl. 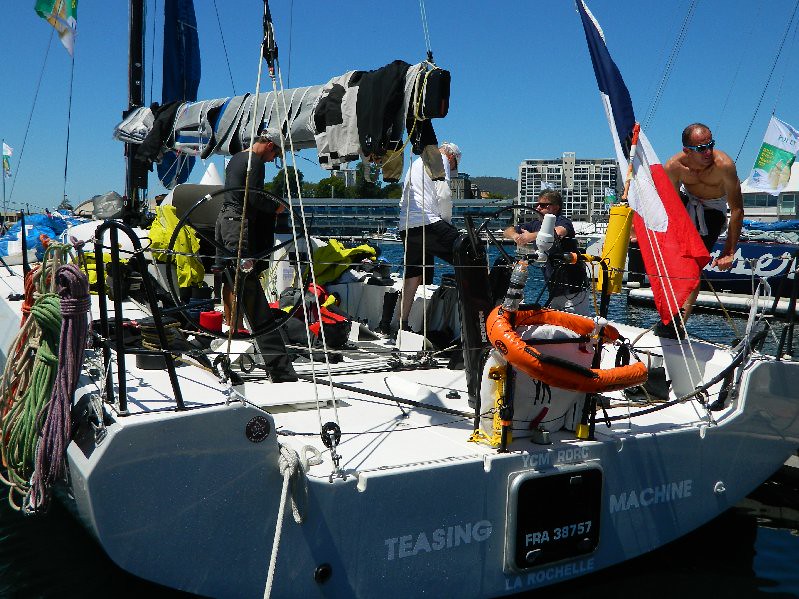 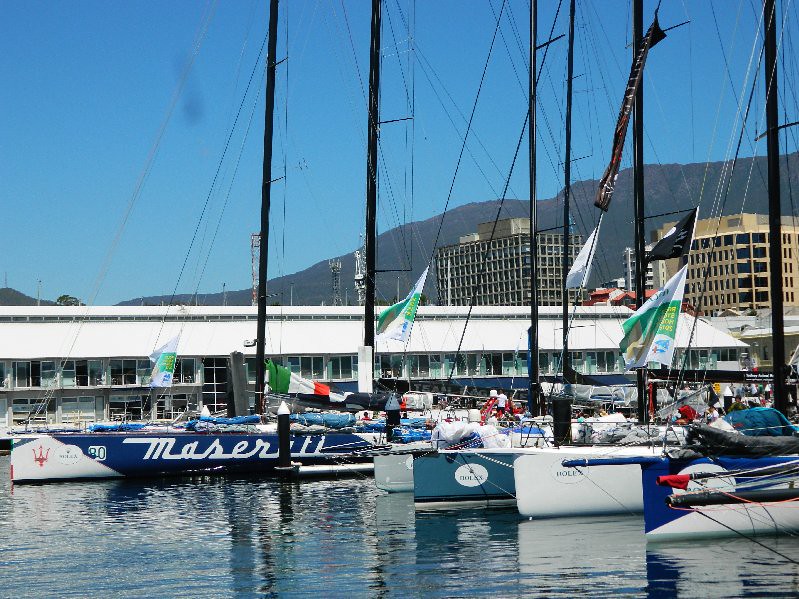 The weather today was almost perfect, warm and sunny with just a bit of breeze which grew stronger around lunchtime. Not many yachts had arrived, many will arrive in the next day and a half so I may make another visit if the weather holds. I always enjoy seeing the yachts and trying to photograph them. It’s often difficult to photograph the maxi yachts because of their sheer size. I read that the masts of the tallest maxi yachts barely fit under the Sydney Harbour Bridge. The deck of Commanche is probably larger than my living room by several metres.