What do you do to get rid of stress?

If I feel stressed I reach for what is familiar and comforting whether that is favourite old TV programs to watch or music to listen to or eat favourite foods. At my old house, I used to have a favourite spot in the garden where I would sit. I found it peaceful to look at the flowers an the apple tree and listen to the birds. We hope to turn our pergola here into the same sort of peaceful retreat.

Well, I had intended to be cremated but if I were to be buried I was considering a natural burial so I wouldn’t be having stuff buried with me. However, I do like the concept of having your favourite things with you to use in the afterlife, although I would stop short of wanting to take living creatures, human or animal with me. It would be nice to take some favourite dolls with me. It would give some archaeologist of the future something to think about.

What’s the opposite of a koala?  (this is strictly for fun.  I know what I came up with as an answer, but it was nonsensical.   Alaok.  See?   It’s okay to pass on this one too if you want)

Well, koalas are very passive and only eat a certain type of eucalyptus leaves so I guess the opposite would be a creature that is very aggressive and eats whatever is going. I think I just described a Tasmanian Devil. 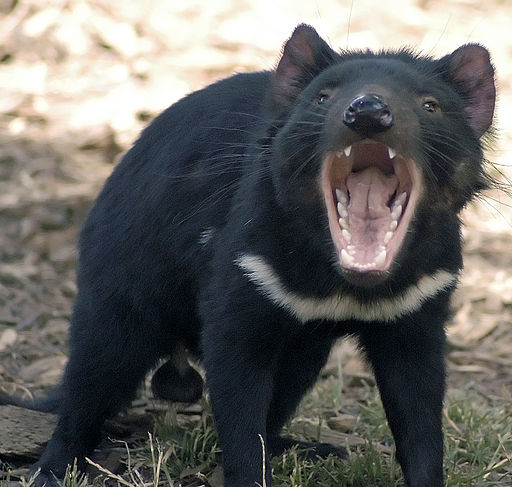 What’s the creepiest tech out there?  (My interpretation of “tech” is app or program.  If you know what “tech” is supposed to mean, hey!  Great!   Educate us.

GRATITUDE IS AN ATTITUDE

What method are you using to find your smile right now?   Please explain in detail so others might utilize the same ideas.   Some bloggers have shared a daily (weekly sometimes) method that they are using to keep their spirits up right now.   I’d love to hear from anyone who does and is successful at it!    Have a great week and stay safe!

I’m just trying to do “business as usual”. As I have mentioned, my circumstances mean that I was already semi-isolated when all of this started so it is not as big a change for me as most people. I was expecting to be out volunteering at least once a week by now but that is all on hold indefinitely. I hadn’t got to know anyone really as I had just started.

I try not to read the news too much, sometimes that’s hard. I already gave up TV news and just listen to the radio in the morning. I try and regulate how often I go to the news sites online during the day. It’s a temptation to just keep checking for the latest news but realistically a couple of times a day is enough. Things are not going to change that rapidly and even if they were there is nothing I can do about it.

If I keep myself occupied with things I enjoy I can forget about everything for hours at a time.