Now here is a subject I can really get my teeth into!

I like all types of cake but the sort I make most often is fruit cake. At Christmas, I always make a rich dark fruit cake that takes several hours to bake. I have used a few different recipes for it over the years but my favourite is one I found in a magazine which involves a whole jar of fruit mince. Sometimes I cover it in nuts but usually, I ice it. This sort of cake keeps really well but it’s a lot of work to make and uses lots of eggs, butter and fruit so it’s not something I’d make all the time.

Mum used to make a fruit cake where the fruit was soaked in tea. I never had that recipe but I found something similar online and I often make that.

I also like boiled fruit cakes like Jubilee cake, for this you mix the fruit, butter, sugar and water and bring it to the boil then cool it down before adding the egg and flour.

I have an old recipe book, one of those ones put out as a fundraiser by a church, school or club and I still have favourite recipes I use from it. Another type of fruit cake I make is nut loaf although mine generally does not have nuts in it. This type of cake is made in a log tin, or if you don’t have one, a can (tomatoes, corn etc) washed out, will work just as well. This week I didn’t have much dried fruit, as it has been a bit hard to get hold of lately. However, I did have some dates so I made a date loaf using the same method. That was quite nice, especially buttered.

While it is not technically a cake I suppose, I am also very fond of bread pudding. This is not bread and butter pudding. It is made with stale bread and mum used to make it a lot because she and I both loved it. I think it is a very British thing. I hardly ever have stale bread and the recipe uses a lot of slices so I have rarely made it. I do have mum’s recipe though I am not sure who she got it from. There are different versions of it. I’ll try to find mum’s but I have included a link to another at the end which explains the difference between bread and butter pudding and bread pudding and shows the method although the ingredients are a bit different. Mum never put sherry in hers. 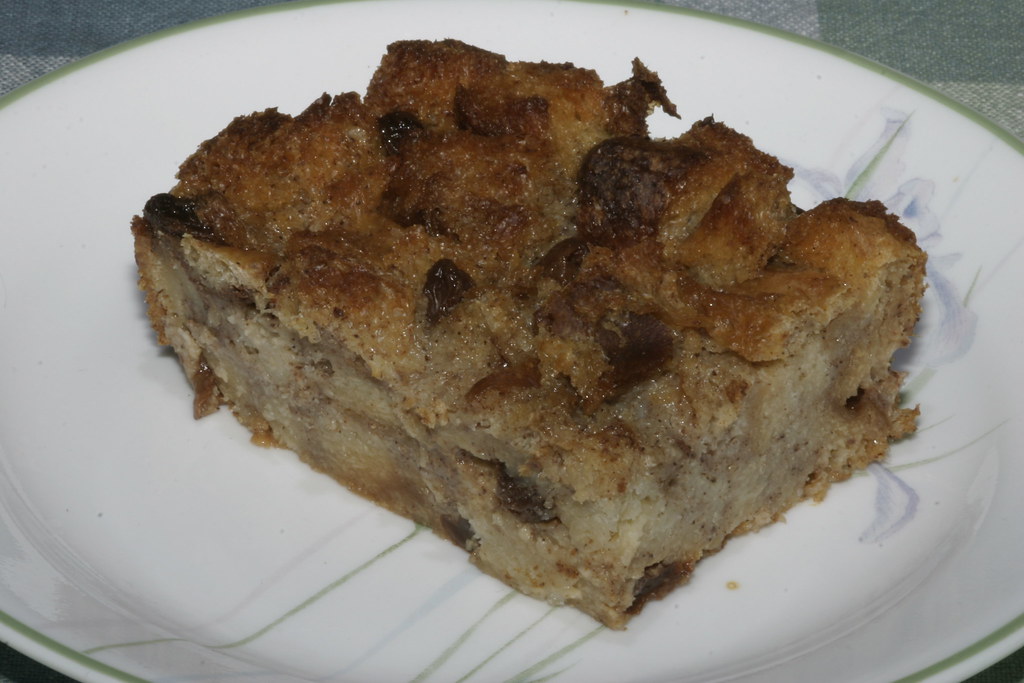 I have included some other links to recipes the same or similar to the ones I normally use.