A Night at the Museum

A Trip to “The Queen Victoria Museum” or QVMAG

While I was on holidays with my friend Phillip we decided that we would go to the Queen Victoria Museum in Launceston to see the dinosaur display. We had seen a poster about it on a wall while we were shopping in Launceston one afternoon. When I told Vanda about our plans she mentioned that they were having some special night openings that we might enjoy. This appealed to us as we like going out at night and let’s face it there isn’t much to do anymore unless you like current movies or fine dining. Phillip and I are not into either so it’s a band if we are fortunate enough to find one or a pub meal and the pokies. We embraced the chance to do something out of the ordinary.

Years ago now we had wanted to see a display of dinosaurs and jumped into our car to go to one we thought was in a place called Mount Monster. It was a long drive and we did not see any signs pointed towards the dinosaur park we had heard about. We drove on several kilometres and no dinos to be seen anywhere. We would have been happy with just one in the end but we had to abandon the idea entirely. After driving what must have been close to one hundred kms from Adelaide it suddenly hit me that they had really meant Mount Monster was some ruddy great hill and not a dino park at all like Phillip had been told by some friends. Well we had a nice drive and a laugh about it at least. The day was not wasted. So fast forward nearly thirty years and we finally got to see some.

Well I have to say we were both very impressed. The dinos moved and roared and really looked authentic. They even blinked. They had done a wonderful job in creating them and making them move. Below is a slide show of the dinosaurs. I apologise for not knowing the correct names of the dinos. I did not write them down.

There was a lot more going on at the museum apart from the dinosaur display. There were telescopes outside and we were able to view Jupiter and Saturn. I was amazed that I could actually see the rings around Saturn when it was billions of miles away. The astronomers said they were hobbyists and were only too happy to answer any questions put to them about their interest. It was a full moon too so we were treated to the beauty of the moon as well since it was a very clear night. It was freezing queueing for the telescopes so we went to the cafe inside the museum afterwards and treated ourselves to hot chocolate and cake.

Other things going on were lectures on the stars and science and planetarium shows. I would have loved to have seen the Apollo 11 display but it was not on that night and since Launceston was 113 km from my house I did not want to drive back again as we had already been there for shopping and the casino. I should say that all of this was for National Science Week and was well worth the long drive there and back. Below are some images of the program I saved from the event for anyone who would like to see what else was on at the museum during National Science Week last in August of this year. I think you can just about read the little writing on the program. 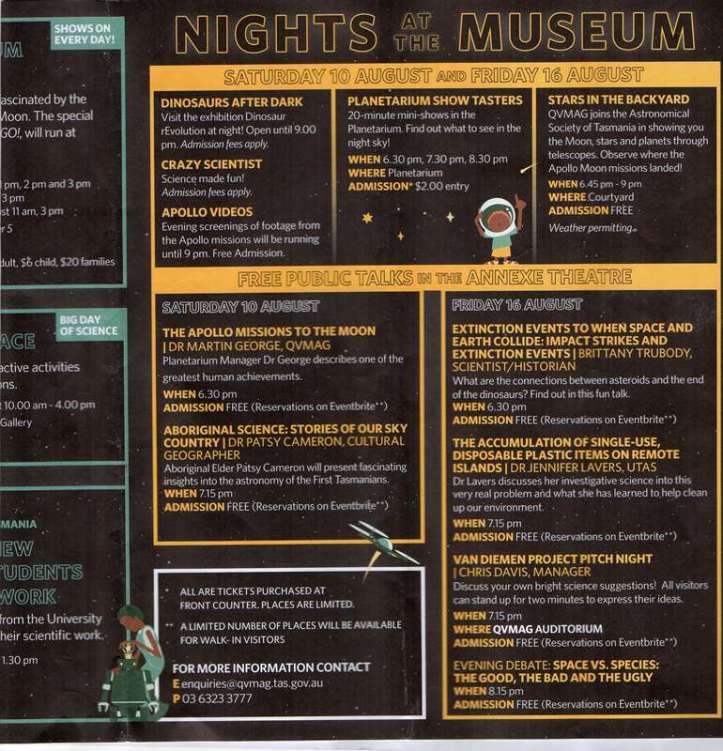 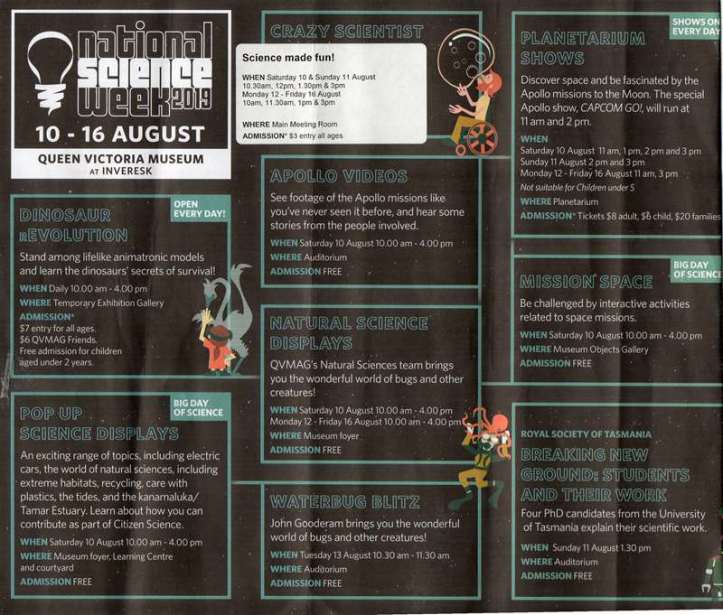 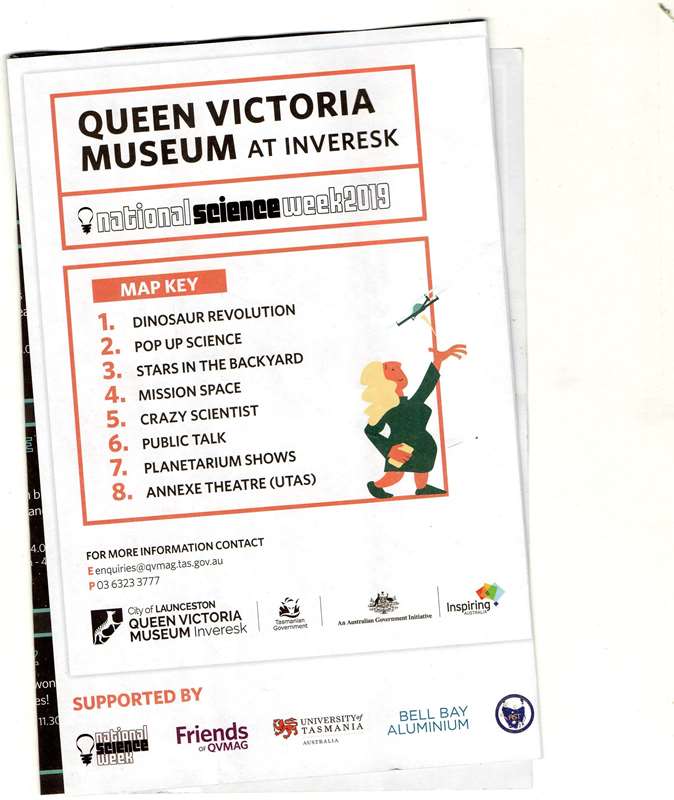 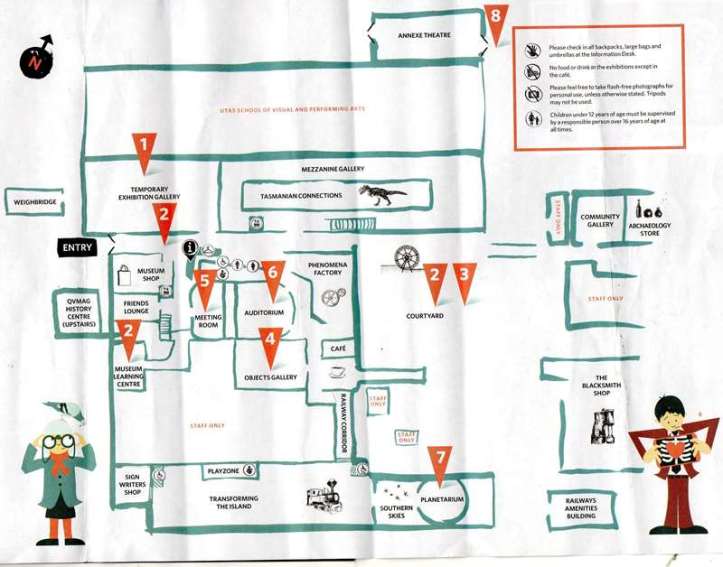