Although you don’t hear it as much now the expression “Fair Dinkum” is one that most older Aussies know, even transplanted ones like me. Well, I have been here more than fifty years now.

Every country has its own slang words and expressions and often we use them without thinking how strange they probably sound to people from other parts of the world. My understanding of “dinkum” is that it means something is the real deal, for example, Crocodile Dundee was meant to represent a dinkum Aussie bloke.

An Aussie would say “Fair dinkum” to reinforce that what he/she was telling you was the truth or by changing the inflection use it as a question. “Fair dinkum?” (Is that true?”) 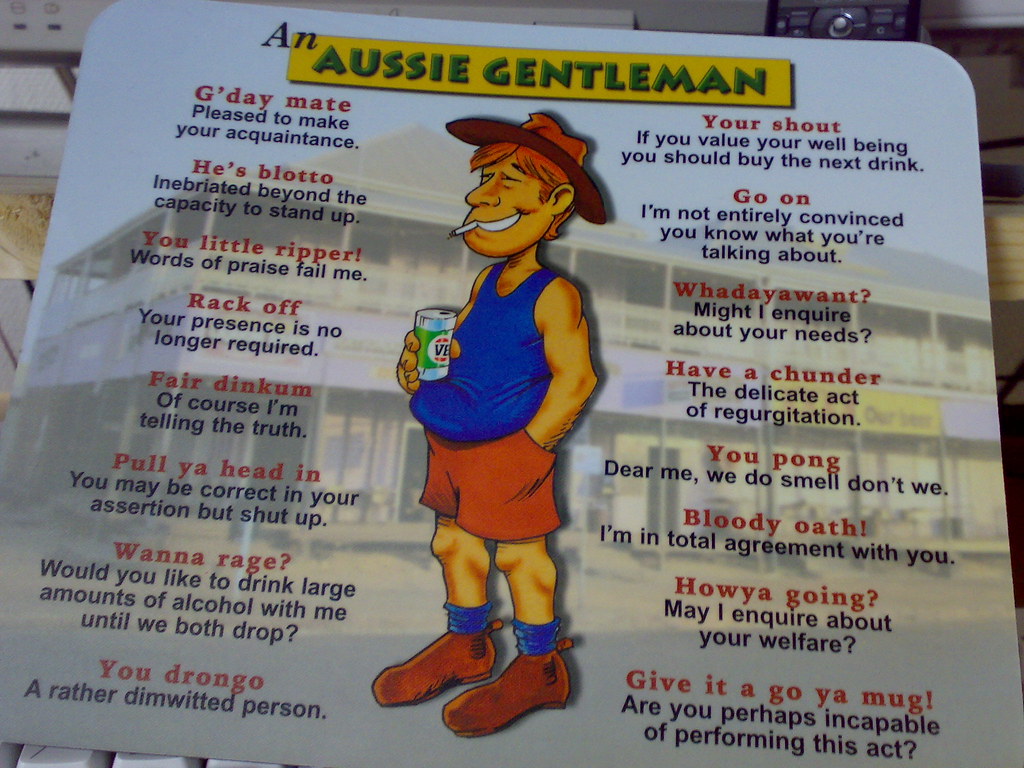 A long time ago I read a book called “They’re a Weird Mob”. It’s the story of an Italian journalist who is sent to Australia to write articles for an Italian magazine about Australia. Nino, the protagonist, thinks he speaks very good English but when he arrives in Sydney he finds he can hardly understand a word anyone is saying to him. Taking a job as a builders labourer he makes friends and gradually learns to think and speak like an Aussie. The author was, in fact, an Australian by the name of John O’Grady who wrote it in 1957. The book was made into a movie in 1966. Here’s a scene. Of course, it looks very dated now.

While I don’t entirely agree with O’Grady that migrants should forget their own culture and embrace that of their new home I did like the book very much. As I’ve mentioned in previous posts Naomi and I worked with many Europeans who came to Australia around the time that the book was written. I believe that our culture has benefited from them bringing some of theirs with them. It’s why we have a wine industry, restaurants serving food from all around the world and colourful fairs and festivals to enjoy. Those people’s children who were born in Australia and their grandchildren are as Australian as any of us.

I think that movies, television and social media have homogenised our language. Young people in Britain, Australia and the USA use more of the same words and expressions. Only the accents differ. I can’t help feeling that’s a little sad because I rather like “strine”.