Pictures In My Mind

For me, the answer is yes. I try to capture the special places and special moments in my life with my camera. We all have those holiday photos, fun family photos and pet pictures that remind us of good times. Of course, you can’t capture everything in a photo. Sometimes the picture is like a marker and looking at it prompts memories of when and where it was taken.

I don’t really like having my photo taken that much. I didn’t even when I was much younger and looked better than I do now. I’ll never join the selfie craze but there have been times when I’ve wanted one for the album.

These were three that I asked David to take of me on our big overseas trip in 1990.   Two are with landmarks, the other because it was a day, a time and a place that I wanted to remember, one of the best days of the holiday even though all we did was go for a walk. We were in Scotland amongst the lochs and the mountains and it was somewhere I had always wanted to go.

Me in Scarborough, England 1990

On the slopes of Ben Nevis pretending to be a mountain climber.

This picture, which I took while visiting the Great Wall of China doesn’t look like much but when I look at it I remember the walk I took. I had got separated from our tour group and walked on much further than everyone else until I had got away from the crowds. This picture brings that memory alive for me again, I remember the still air, melting snow on the steps as I climbed, some distant booming sounds. For me, that short walk is my favourite memory of China.

There are some things you can’t take pictures of though, and things that even if you photograph them you can’t do them justice. Sometimes it is better to put the camera or the phone down and just take in the scene. Photograph it with your eyes so you will never forget. We visited Wellington, New Zealand on a beautiful summer Sunday when we cruised in 2016. I took a lot of photos trying to capture the essence of that day and although the pictures don’t quite do that I do remember the sunshine, the icecreams, the street pianos and the exuberant donuts the pilot’s boat did to wish us farewell.

The water was such a beautiful colour that day. Wellington , NZ 2016

Here is the other Street Piano.

We loved this quirky structure.

A lot of my memories are in picture form, I see the much younger me running along a platform at Adelaide Station, so anxious to see an approaching steam locomotive, or Naomi and I seeing a favourite band in concert. I see David and me in the car playing “Road to Nowhere” at the start of a road trip, the faces of people who I used to work with on the railways and our past dogs chasing balls on the beach.

Then there are those mental pictures that just come into your head. Naomi and I get this quite a lot. Our sense of humour can be quirky and sometimes we see funny pictures in our minds of ordinary things. For example, once a workmate was talking about his trip to the USA and that he had been to Disneyland.  Naomi said that she had to try very hard not to laugh. I knew it was because she was seeing this rather serious man looking something like this. 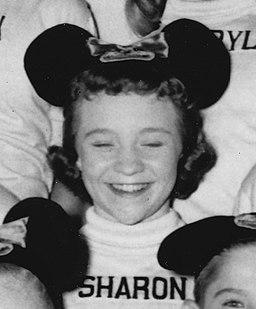