Although I’ve lived in Australia since I was eight years old I’ve never had an Australian passport.

When we emigrated from England in 1966 I didn’t have a passport at all as Naomi and I were included on mum’s passport. At that time Australia was a predominantly British culture and British migrants were not required to take out Australian citizenship in order to vote. The benefits of citizenship were automatically conferred on us.

The laws changed in the 1970s I think but for those of us who had emigrated prior to that nothing changed. We could still vote and although most of our relatives who had come to Australia became Australian citizens mum, Naomi and I did not. I won’t go into that here. It would be a post of its own.

Therefore when I applied for my first passport in 1976 I got a British one. In those days you did it all by mail, applied for a passport, got the forms sent to you and sent them to the British High Commission in Canberra to be processed. When the new passport came back you went to an Australian government office in your state capital city where they would stamp it “permanent resident” so that your passage back into Australia would be quick and easy.

It was a similar process when I applied for my second British passport in 1990. However, by the time I applied for my third one in 2016, the process had completely changed. It was no longer possible to apply for a passport through the British High Commission. Instead, I had to go online, fill out an application, add my credit card payment and then download and print the forms that needed to be witnessed. I had to send them my old expired passport, new photographs and my marriage and birth certificates originals, not copies. All these things went by registered mail to England to be processed. After about two months they sent back the new passport and my documents. Then the fun really began because I had to get the permanent resident visa included in my passport. That involved a visit to Hobart where the person I spoke with told me that I had to apply for some kind of visa that would cost me over two hundred dollars. Luckily for me, a sharp-eyed person in the processing office in Melbourne realised that was wrong and that I did not need a new visa at all. I was lucky because two years later you could not even get your visa updated in Hobart anymore but were expected to do it all online. This time Naomi was getting a new passport and we had a wasted trip to Hobart where the only person we could speak to was a security officer who basically told us to use the website. It is a horrible site and we were angry and upset by the time we got the whole thing sorted out.

Who knows what will be expected of us in another ten years if we need passports again. Maybe we’ll try to get any overseas travel we want to do done before that. 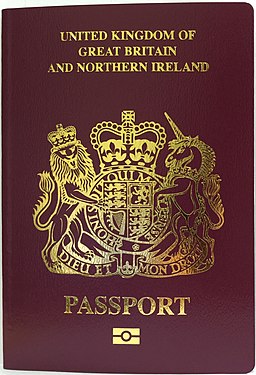