A Sense of Time and Place

I’ve always found history very interesting. I remember as a young child being taught about how the Romans invaded Britain. I understood that modern-day buildings could be built on top of older ones but at seven my ideas of archeology were a bit sketchy. When we found some bricks in the back garden I thought that perhaps there was a Roman house underneath and this was the chimney sticking out. 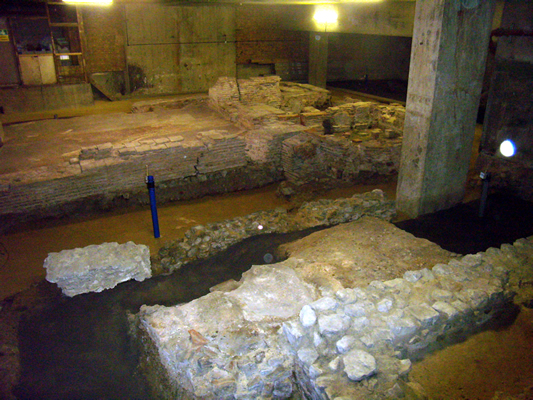 London: Remains of the Roman house at Billingsgate; 2nd to 3rd century AD. Photo by Udimu.

Still, despite that misconception, or perhaps because of it, I became interested in the way people lived in the past and particularly in the places they lived. A few years ago I came across the British TV program “Time Team” and even though the episodes were some years old I enjoyed every one. In another life, I might have been an archaeologist.

Although I was born in England I’ve spent the majority of my life in Australia where the history of European settlement only goes back a couple of hundred years. When I first went back to England for a visit I was taken to see Lincoln Cathedral, a church built more than 900 years ago. No building in Australia is that old. I’ve also been to York, one of my favourite places because of its old city walls and narrow streets. and its links with the Vikings.

In some places, I feel the past very strongly. I’ve stood on the Great Wall of China marveled at the length of it and wondered again how men could build things like this without computers and machinery.

Closer to home I once sat with Naomi in the grounds of the old prison complex at Port Arthur and at dusk as the day trippers leave you really get a sense of how lonely and isolated the convicts who lived there must have felt.

What a shame it would be if everything old was torn down and we didn’t have the opportunity to experience the feeling of times past in our towns and cities.