I took my dogs for a drive the other day as I had an errand to run in Richmond. I thought I would take them to the park afterwards for a walk as it was such a nice day. It wasn’t too hot for them in the car or for me to walk them. With the errand done off we went along the river bank. I  noticed a group of young mothers with babies and small children when I sat down for a little rest on a bench. I watched them as their children skipped along the path with the mothers happily chatting and pushing the prams. One child picked something up and his mother threw it into the river. The child giggled with delight as it made a big splash in the water. They eventually moved on and out of my sights so I turned my attention back to Toby and Teddy who had been patiently sitting at my feet. We were walking in the opposite direction to the mothers and their children. I thought we would walk to the bridge and on to the main street and back. As we approached the steps to take us to the top of the bridge I noticed a colourful toy plastic truck on top of one of the rubbish bins. Oh no I thought. It might have belonged to one of those little children. It started me thinking. Had it been a favourite toy of the child who lost it? Would they come back to look for it? Would the child cry for it? I hoped that they would be able to get another toy to replace it. It looked as if it had been played with rather a lot. How sad to see a lost toy I thought. 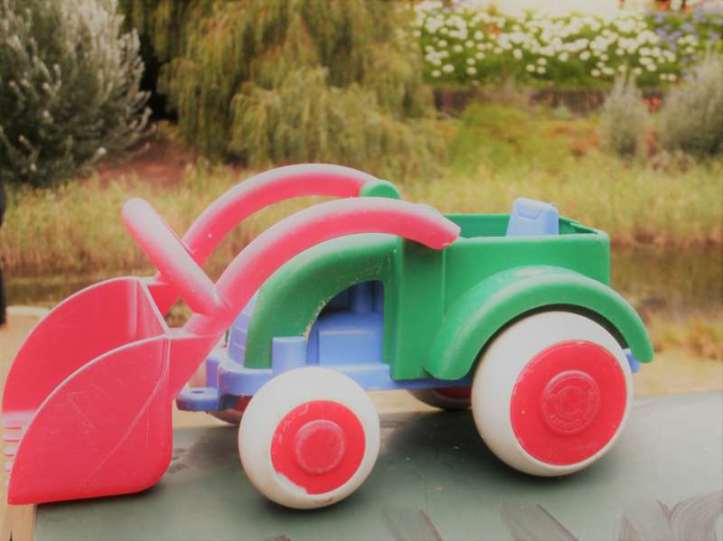