Which Way in the Snow

Although Cee is not hosting the Which Way Challenge at present I could not resist posting these Which Ways as I have been waiting to post snow photos for a long time.

A friend was kind enough to take me for a drive to the outskirts of Geeveston late Friday afternoon. It had been snowing since the night before but was now starting to melt away.  These were taken on one of the roads that lead out to the forestry areas. We were not in a four-wheel drive so we stayed on the main track, a good graded earth road where there was snow on the verges. The tracks that lead to the various coupes are 4WD only and they had a lot more snow. It actually did start to snow while we were out so at least I can say I have been snowed on for the first time in about ten years.

Snow on the verges.

Tracks in the snow 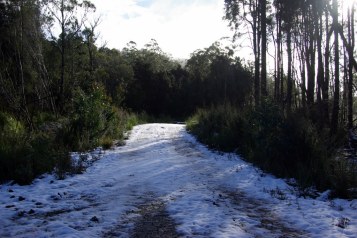 One of the forestry tracks. 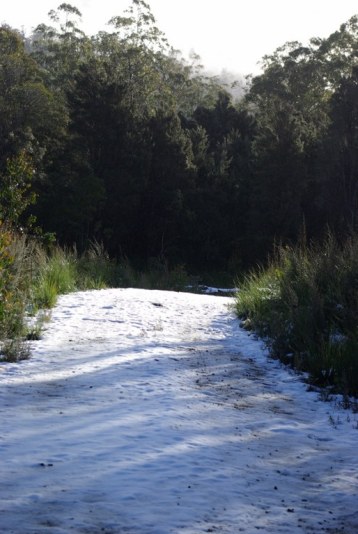 Untouched snow. This is about as heavy as it usually gets in Geeveston although higher altitudes will get more.