For your main meal do you prefer sweet and sour, hot and spicy, spicy and sweet, bitter, salty, bland or other?

I don’t really enjoy bitter or salty foods. I don’t mind sweet and sour pork as a stir fry and I enjoy moderately hot and spicy foods like curries from time to time. Some might say that my taste is rather bland though as I like plain meat and veg and I hardly ever put condiments on my food. I usually think that what they are cooked in is enough and want to enjoy the flavours of the meat or vegetables without having them smothered in sauce or gravy or covered in salt. I will have a little sauce with some foods but I don’t like gravy poured over the meat.

Where do you hide junk when people come over?

I don’t have people over unexpectedly that much so it’s not an issue. If the living room is messy I’ll tidy that up and put things back where they belong. The other rooms I shut the doors. People do not need to go in them when they visit.

This question does remind me of a funny thing that happened to Naomi and I as  young teenagers. We kept on playing with our dolls and toys rather longer than other kids of our age and one day we were in my bedroom and had a lot of dolls out . Unexpectedly our aunt, uncle and cousin arrived for a visit. Our cousin was a bit older than us and we did not want her to see what we had been doing. “Hide them!” I said to Naomi and dashed out to keep our cousin talking so she would not enter my room before we were ready for her.  When we went into the room a few minutes later there was no sign of anything toy like. Naomi had managed to get rid of it all. I wondered how she had managed it so quickly. Then I heard a noise as if something had fallen over inside my big wooden wardrobe. Naomi and I looked at each other and tried not to laugh. Our cousin did not catch on and we were saved from embarrassment.

What daily habit would you like to  introduce to your life?

I should really get into the habit of going for regular walks. I used to walk a lot but I don’t really do that anymore. My house is just outside town so there are no pavements and I have to walk on the road verge to get to Geeveston or Port Huon. I don’t mind the distance but don’t like the uneven surfaces.

If you were to perform in the circus, what would you do? 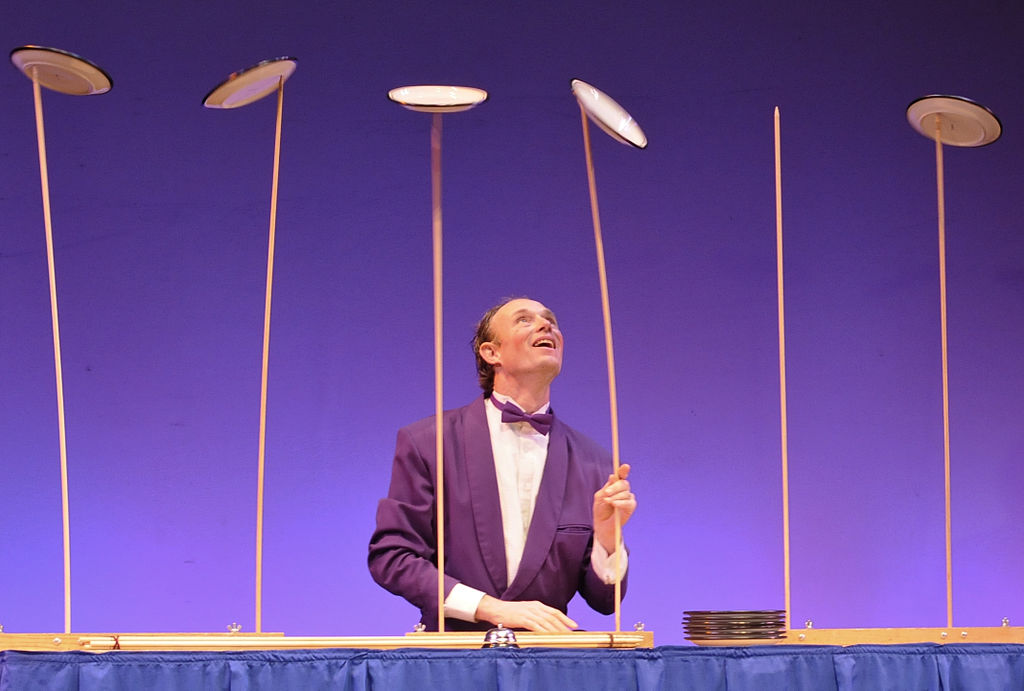 I’d really like to say I’d like to have performing dogs which of course would be trained humanely and would live with me as pets but animals in circuses are not very PC these days. In lieu of that and because I am a totally uncoordinated person I would like to be one of those jugglers who can spin piles of dishes without dropping them.  I saw a man do this at the Moscow Circus decades ago and he really impressed me.

Optional Bonus question:  What are you grateful for from last week, and what are you looking forward to in the week coming up?

Last week we had some really cold icy weather. Naomi was supposed to be coming here for lunch but as the overnight temperatures were going to be three or four below zero (celsius) we were concerned about her making the drive early in the day. Both the Midland Highway and Huon Highway are prone to ice and snow at their highest points.  Instead we decided that we would meet halfway in Hobart for lunch and photography. We had a great day taking photos, the weather was good, the light even better and we tried out a dessert cafe in Salamanca that is well worth a visit.

This week I will be going to Hobart again on Saturday to have lunch with Matt and Ally for her birthday. We’ve not been able to meet up for several weeks so we are looking forward to that.