When I was a child in the early 1960’s mum would often take my sister and I with her to the shops in the Romford town centre. Sometimes that meant a visit to Romford Market which was always interesting but we also visited the department stores. The one I remember best was Woolworth’s. I loved going into Woolworth’s. It had a wooden floor and there were counters divided into compartments that each held different types of cheap  plastic toys.  There would be farm or zoo animals,  cowboys and indians, dolls house dolls  and different types of cars and trucks to mention a few that we could afford to buy with our pocket money. Today these same toys are very collectible. I think that in those days Romford also had Marks & Spencer, C&A , Stones and possibly British Home Stores. I don’t suppose many of those still exist. I do remember being bought a winter coat in one of those stores, it was red with  a furry collar. Mum usually bought our shoes in Romford too so we could try them on but a lot of our other clothes came from catalogues.

Mum liked the catalogues and often ordered dresses for herself and little outfits for my sister and I from them. I think she used them because she could pay for things over time.  I am not sure what stores these catalogues came from however, John Lewis may have been one. She sometimes bought us the same outfit but in different colours. I remember knitted “ski outfits” knitted trousers in a solid colour with a matching striped jumper and maybe there was a hat with a bobble as well. Mine was shades of brown, my sister had royal blue. I liked hers better. I’ve never been a fan of brown clothes but I grew out of mine very quickly. It was fun to look at the pictures in the catalogues with mum. 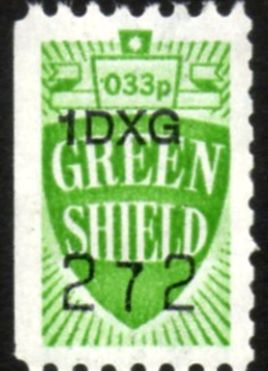 By Source, Fair use, Link

Groceries and other every day items were bought locally at the shops in Rush Green near where we lived. My favourite shop there was the newsagent who also had toys in the window. I can remember looking at displays. We had a few cowboys with wagon trains and some Mexicans with sombrero’s and guns but I liked the Indians best, they had cooking fires, totem poles and tee-pees which we called “wig-wams” and there were mothers with babies as well as warriors and chiefs.  I don’t recall seeing any cowgirls or Mexican senoritas ever. We would also buy Matchbox and Husky cars at the  local shop and I think that my first national costume dolls may have come from there. The newsagent had sweets too, chocolates and toffee, liquorice all sorts and sherbet and those fake cigarettes called “Fags”. I also remember pipes made out of chocolate which we sometimes bought. My grandfather smoked a pipe but although I liked chocolate pipes and pretend cigarettes it did not turn me into a smoker. I knew the real ones smelled nasty.

Some of the shops issued their own stamps which you stuck in a book and when you had enough you could cash them in for goods. This is how I got my first Sindy doll. Mum saved up her Green Shield stamps to get her for me. I still have her too.