I haven’t written anything for Marilyn’s photo prompts recently. Not because I haven’t wanted to but because all the running back and forth to Hobart has started to make it hard to concentrate on blogging. However when I read this one I had to try because of my exasperation over the recent Ashes cricket disaster. The series is now over; England won three matches out of five to regain The Ashes. They will come to Australia in two years for the next series. It was a strange series. A Test Match is 5  days of play with 90 overs of 6 balls each bowled each day. It’s not unusual for a match to end within that time but not one match in this series went the full five days. Two lasted four days, two lasted three days and one and I’m ashamed to admit that Australia lost this one horribly, only went for two and a half days. The two that we did win were huge wins so really the whole series didn’t make a lot of sense. As it was being played in England the television broadcast started at 7:30pm and lasted until 3 am. I started out sitting up for the first two sessions going to bed sometime around the tea break. I usually sit up till around one in the morning so that was not a stretch for me.

However, as things got worse I could not stand to watch Australia bat any more and would wait until Australia bowled to start watching. I actually always like watching Australia in the field more than I like to watch  batting. Maybe it is because I am a totally uncoordinated person who was always hopeless at sport. I find it the athleticism of these guys, taking difficult catches or being able to throw the ball from a long distance to hit the stumps for a run-out is quite amazing. Of course the opposition teams have players who can do this just as well but I am biased to prefer to watch when Aussies are doing it. 🙂

I remember watching an interview with then Captain Ricky Ponting after a successful Ashes series ended in Australia. He was being interviewed in the dressing room and all around him players were talking and laughing and had probably already opened their first bottles of beer. Anyway what really stood out for me was that while talking to the interviewer another player tossed him a packet of biscuits and he caught it with one hand without looking and while still continuing to talk. That impressed me nearly as much as winning the series :).

I am not a lifelong cricket fan, it’s only been an interest of mine since I moved to Tasmania. It’s hard to explain why that happened but it did and it happened at a time when the Australian cricket team was doing very well and the captain at the time, Ricky Ponting, is from Tasmania. At first I just watched it on television but after a while I decided that I’d like to go and see a match live. I wasn’t sure if I would enjoy it as much but I’ve always felt that seeing something on television is no substitute for being there and getting the atmosphere. Sure, you don’t always see as much or get the same commentary but there is something about seeing your team play live that you can’t capture on television. Plus, of course, I wanted to take pictures. I’ve been to at least one match every summer now for the past few years.

I’ve written before about the short form of the game, the T20 Big Bash competition. That’s very lively and entertaining and the fans get into it; wearing team colours and making a lot of noise cheering for the local team the Hobart Hurricanes. We get four home games and I try to but don’t always get to all of them. The season is short as the series is played during the Christmas/summer holidays with most games in late December and throughout January. I go with friends and we cheer and yell and sometimes groan too. It is good fun.

I have also been to One Day International matches in Hobart. These are longer games, 50 overs for each side and are sometimes played as day games and sometimes as day/night games. These are also quite fast paced games and I like them more than T20 which is over in just a couple of hours. The recent Cricket World Cup was a series of 50 over games which Australia and New Zealand hosted and Australia won. 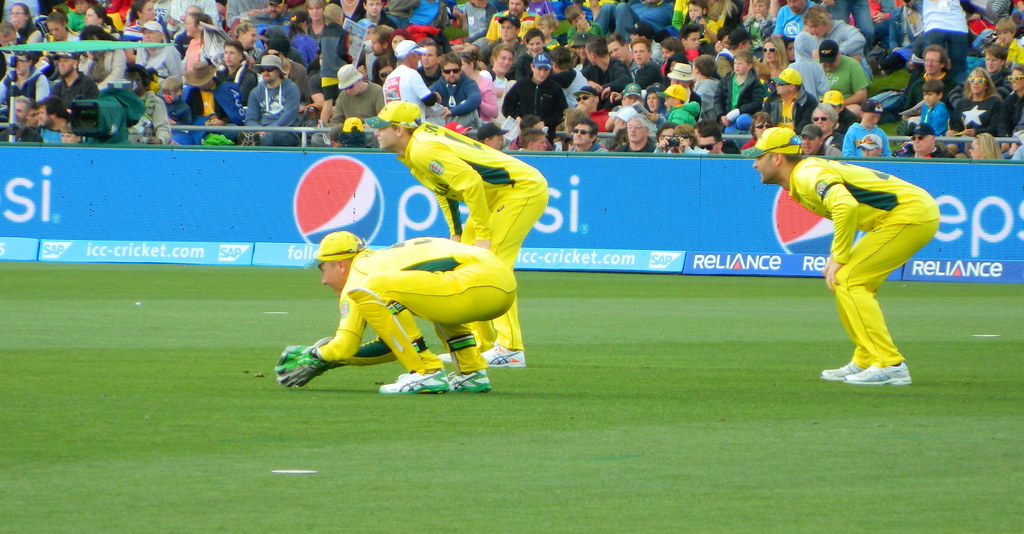 Hobart does not get Test Matches every year so I haven’t been to many and I have never been for the entire five days of a Test Match. I usually like to go on the first day because I enjoy the anthems and the coin toss and because there is a better chance of seeing the players from both teams warm up before the game. Also at that point the game is an unknown quantity where later, on day three or four it may already be a foregone conclusion how it ends, if it lasts that long!

I don’t know if I would ever go to see cricket in another state. I would like to in some respects. I used to work five minutes walk away from Adelaide Oval but I never saw a cricket match there. It would be very exciting to be part of the crowd at the Boxing Day Test Match at the Melbourne Cricket Ground and I would like to visit  and see a match at the Sydney Cricket Ground with its lovely old grandstand so full of character. I’d also like to go to a Hurricanes away game somewhere. However one thing puts me off doing those things and that is weather. I simply loathe the heat and I would be thoroughly miserable sitting in forty degree heat all day. I try never to visit mainland Australia in summer except for important family events. 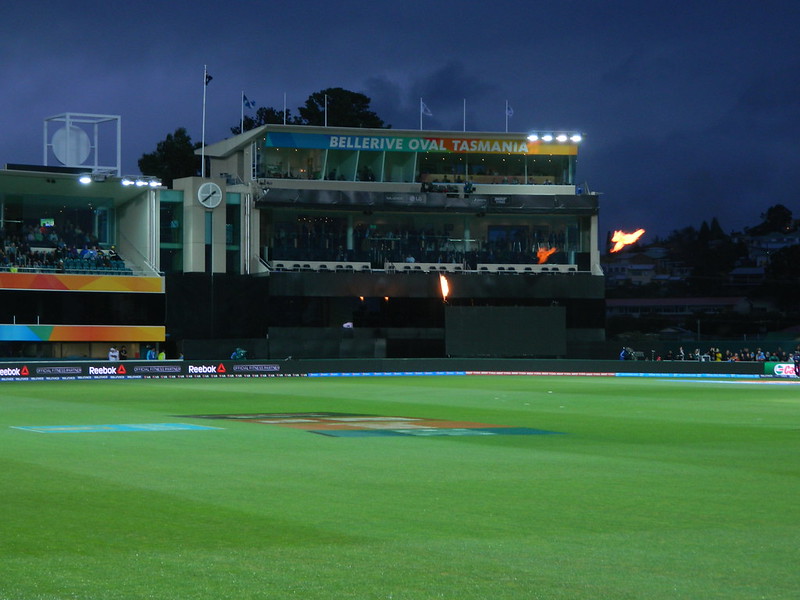