What are some words that just make you smile?

Alpaca is one that comes to mind. They are such funny creatures. I like their facial expressions and the noises they make. Just thinking about them makes me smile. 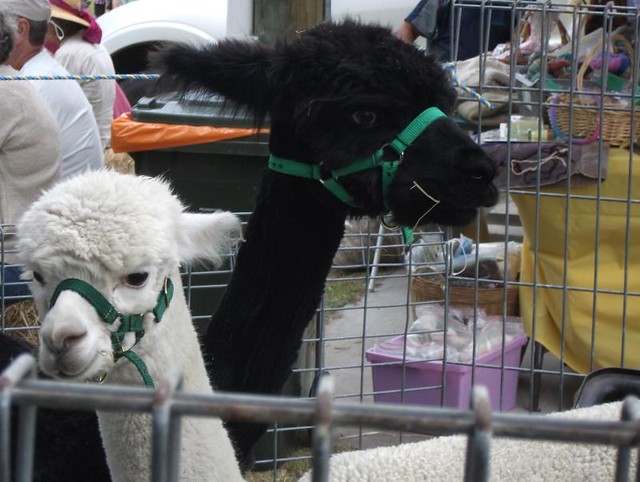 This is an easy question to answer. First I would give half to my sister so she could buy a new house which is a dream of hers. Yes, you can buy a quite decent house in Tasmania for that. Next I would spend money on our own house, having it painted inside and out, new floor coverings and various other jobs that old houses always need attended to like doors that don’t shut properly and windows that don’t open. I’d convert Hubby’s shed which is actually a three car garage to a proper man cave by having the walls lined and proper heating put in as well as a phone point. That’s not just generous of me, it gets his man clutter out of the kitchen. We’re gradually getting our garden ship-shape so some money would be spent on landscaping, new plants, a veranda or pergola at the back and a cat enclosure for Polly with a cat flap into the house. Whatever was left would be used to buy a new computer and a DSLR camera and to treat us to a nice holiday somewhere

What subject would you like to study in depth, if given the time to do so?

Probably I would choose photography and photo editing. I’d really like to be a better photographer and I would love to learn to use the editing software better too. I like the idea of being able to bring old damaged photos back to life as well as improving the ones I take by getting rid of the bad bits.

Would your rather be stuck in a small plane with bad turbulence for 2 hours or be a passenger in a car racing the Daytona 500?

Hmm, good question. Either way I’d probably be sick wouldn’t I? I think I would be terrified in a small plane in bad turbulence. I’ve experienced mild turbulence in a large plane and that is unpleasant. I think that a small plane would feel much worse and I’d be afraid of crashing in some remote place where I wouldn’t be found like a National Park. I would think about all the things that I try not to think about when I fly because they spoil my enjoyment of the trip.

On the other hand, although I don’t know a lot about the Daytona 500, there do seem to be a lot more  bad crashes in this type of racing than in the sort I’m familiar with such as Formula 1 or V8 sports car racing here in Australia. Of course all motor racing is dangerous and sadly people have died doing it in recent times so I would not be lining up for a seat in a car while racing although a lap of the track at a safe speed without other cars to crash into might be interesting.

The scientific way to work out the answer  would be to compare the odds of dying in either manner but I think I’ll just play it safe and say neither thank you.

Last week was not brilliant except for lunch with my sister the day after her birthday. We had a nice meal and as she had a two for the price of one voucher it was half price and although I did not win a lot at the casino I won enough to play for three hours and still go home with $15 of my original $27 in my purse so I count that as a win.

Today the guys from Jim’s Mowing are putting up the new fencing and back gate where the old shed was. We’ve had a chat about the next stage of the work and although it won’t all happen next week I’m looking forward to further progress as they build the path and new BBQ area.

I am also looking forward to seeing the “surprise” my sister has been teasing me with for the past few weeks. Apparently she has collected up various items she thinks I would like and has been dropping hints but won’t tell me what they are. She says she will bring the package down to my house on Saturday. I am very curious.