Only 136 days to the Cricket World Cup

Yes, that’s right, the football season is over and it’s time to start thinking about cricket again.

This week Tasmania is playing host to the Scottish cricket team who are playing two matches against the Tasmanian Tigers. I decided to go along to the first game today.

The match was played at Kingston Twin Ovals which is part of a large sports complex at Kingston, about 11km from Hobart. I had never been there before so I was interested to see it. It is a fairly new complex and has hosted local AFL football matches and soccer as well as cricket I believe. I thought that the backdrop of gum trees and the view of the Derwent Estuary in the distance made it quite an attractive ground. The groundskeeper had obviously gone to a lot of trouble for the visitors too. 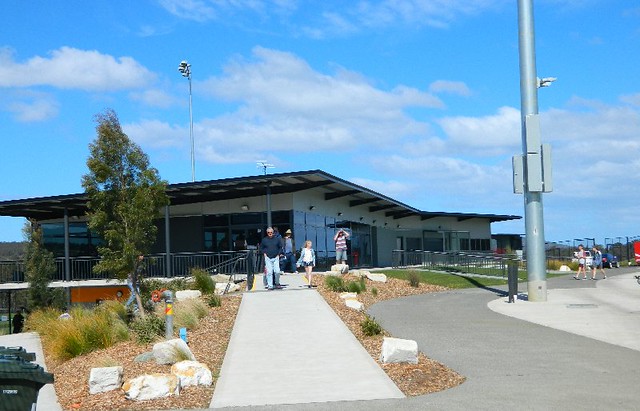 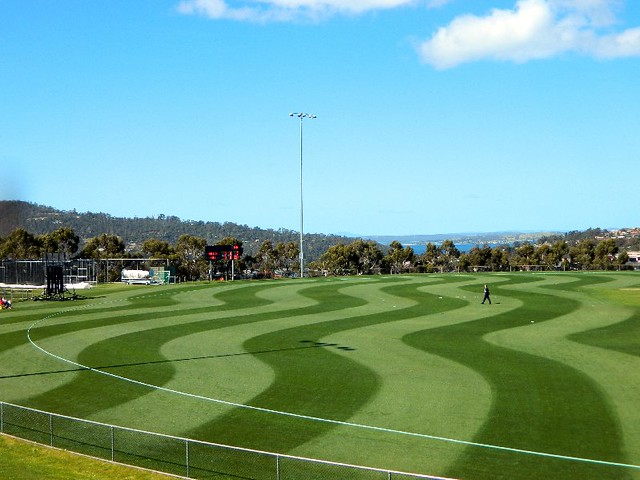 It was a bright sunny day today although the fresh breeze made it a tad uncomfortable outdoors. Although there was a sign saying that admission prices were $8 & $5 I didn’t see anyone collecting money when I arrived at 10:15 am. The match had begun at 9:30 am but I didn’t want to drag Hubby 50km to take me so I got a bus. Most people had parked their cars near the oval and were sitting in them out of the wind or on the grassy slopes and didn’t have to pay anything. At first there were only a few people there but as the day went on more arrived. It is school holiday time in Tasmania so there were a number of youths and men with and without small children. I did spot a few women as well once the weather improved. Most had come to support the local team but I did see one car sporting the Saltire and one fan in a tartan hat. 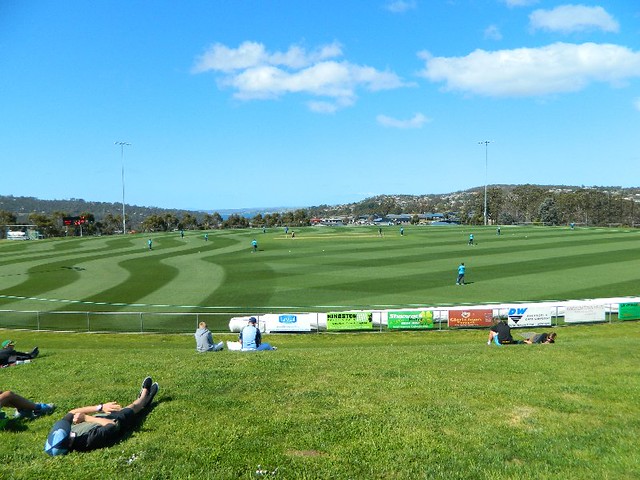 It was not at all like a big international cricket match but more like some of the domestic matches I’ve watched at Bellerive Oval. It was very quiet with no music or ground announcements and you could actually hear the players encourage each other or give instructions to the hard-working men pushing the sight screen to and fro. Most of the chit-chat I hear at cricket matches is unintelligible to me but funnily enough whatever language it is in it sounds more or less the same.

There were a few delays during the match due to the reflections from car windscreens annoying the players and the sight screen men were kept busy asking patrons to move their cars until they got hold of some bunting to rope off the offending area. Another delay was caused by one of the Tasmanian batsmen hitting a six over the fence on the far side of the ground. It is hilly around Kingston and I think the ball ran out of the ground and down a slope. Two Scottish players had to jump the fence and go and find it which luckily they did or there would have been another delay while a new ball was chosen.

I would have liked to have stayed for the whole game but as the first innings was not completed until 1:30pm I thought that I had better leave then as I would have no hope of seeing the end of the match due to the bus timetable. My main purpose in going there had been to see and  photograph the Scotland team and as they bowled first I was able to do that. Tasmania was on 4/304 at the end of their innings and I felt that Scotland would have a hard time catching them. There were a lot of boundaries being hit. Ed Cowan made 104 for the Tasmanian Tigers which was good to see. I checked the match report later and Tasmania won by 186 runs. You can read the match report here. A lot of the regular team members are away playing for the Hobart Hurricanes at the Champions Trophy so I thought that we did very well. 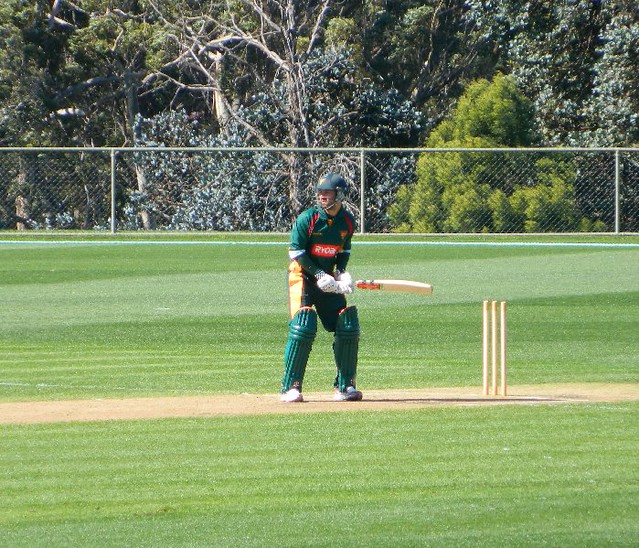 I haven’t learned the names of all the Scottish players yet but today’s outing will mean I’m more familiar with them when they come back in March next year to play their World Cup match against Ireland. I’ve posted more cricket photos on my Flickr Photostream but here are a couple I liked. 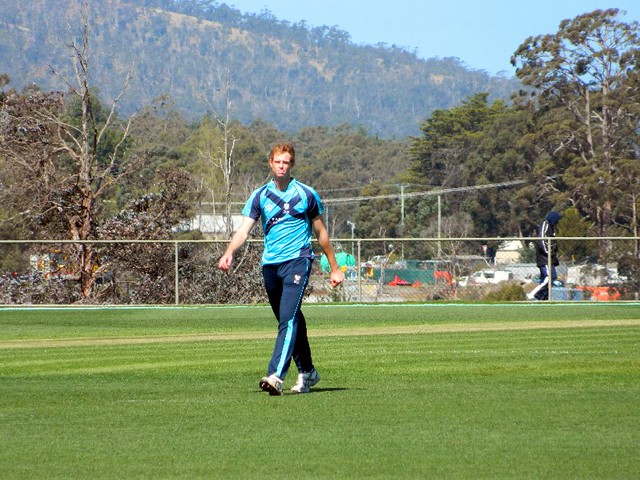 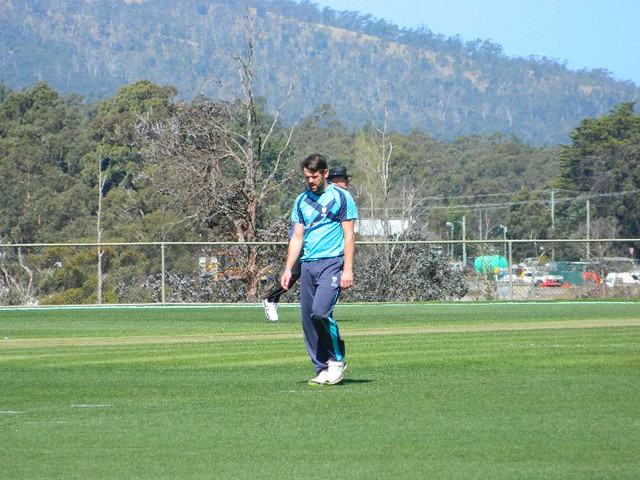