One of my favourite places in Hobart is the area around the Hobart waterfront. There are a lot of historic buildings, the former IXL Jam Factory in Hunter Street, now the Henry Jones Art Hotel, the Custom’s House Hotel, popular with yacht crews during the Sydney Hobart race, Princes Wharf Shed No.1 home of the Taste of Tasmania and Salamanca Place. The buildings there were originally warehouses and mostly date from the 1830s to the 1850s.

By the 1960s many of the buildings in Salamanca place were run down and empty. It is hard to believe it now but there was a time when it was thought that they should be pulled down. Thank goodness that didn’t happen!  The revival began in the early 1970s when the Community and Art Centre Foundation was formed with the idea of transforming the area into a home for artists. The state government of the day purchased the old Peacock Jam factory and this eventually became the Salamanca Arts Centre. Later, in 1976 the government also bought 7 of the sandstone warehouses and leased them to the Foundation for a peppercorn rent. You can read the full story here. Tourism to Tasmania was increasing in the 1970s especially after the opening of Australia’s first casino at Wrest Point in 1973. The following year local traders in Hobart opened the Salamanca Market which was later taken over by Hobart City Council. The market grew until it became one of Hobart’s top tourist attractions.

Salamanca Market is open every Saturday except when ANZAC Day and Christmas Day fall on a Saturday, then the market will be held on the following Sunday instead. The market officially runs from 8 am to 3 pm but in fact a lot of stall holders will start packing up from 2 pm especially if the weather is bad so it pays to get there early. The stalls stretch from the intersection of Davey Street and Salamanca Place almost all the way to the old grain silos which are now apartments. There are about 300 stalls to see so you need to allow plenty of time to see everything.

The stall holders are a mixture of permanent and casual stall holders who rent their spot from the council. The permanent stalls are always in the same place the casual stall holders tend to be down the Davey Street end and they change from time to time. There are lots of goods to tempt tourists, handmade crafts and clothing, food and wine. Some of it is quirky and different like the jewellery made from cutlery that a friend of mine bought there recently or the bizarre items made from the limbs of dolls that I saw a few years ago. You can buy Tasmanian grown lavender products or a cheese board made from Huon Pine. You can buy woolly socks and a beanie in winter or straw hats and sundresses in the summer.

What You Can Buy

Here are a few of the things I’ve seen for sale. Photographers be aware that many stalls have signs saying no photos and I respect these so as much as I’d like to have shown you the bracelets and brooches made from forks and spoons I haven’t.

I bought a golly from this stall and asked the owner if I could take a photo. You can see a few more of the pictures I’ve taken at Salamanca on my Flickr page, here. 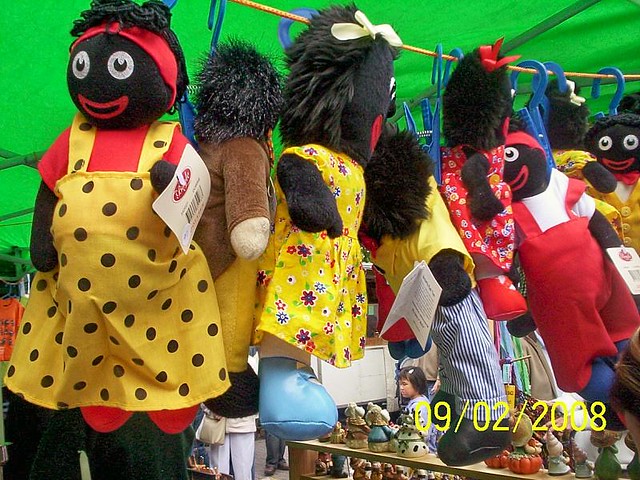 Then there is the food. The market smells of coffee and Bratwurst sausages, I like to buy a lamb roll, like Yiros from “Gypsy Rolls”. In summer you can buy fresh strawberries, raspberries and blueberries with cream or ice cream and you often have to queue for a Valhalla ice cream cone. If I can get near the stall I like one with berries in it. You can also get locally made ice cream in more unusual flavours like pear. Growers sell organic fruit and veg all grown locally. All around Salamanca Place there are old pubs and cafes. Irish Murphy’s is a favourite of mine for a hearty meal but Knopwoods is a popular one as well. I’ve never been to the Ball & Chain restaurant but it’s been there forever so they must be doing something right. Behind the market is Salamanca Square. It was built on the site of an old quarry and at the moment it houses shops, cafes, Tassal’s salmon tasting centre and an apartment building. It’s worth while leaving the market to explore the lanes and arcades nearby as there are some interesting shops tucked away there too, many of them are open on weekdays as well. One of my favourites is “Toys To Enjoy” which is located in one of the arcades. In the Arts Centre precinct there are exhibitions and sometimes concerts and plays. 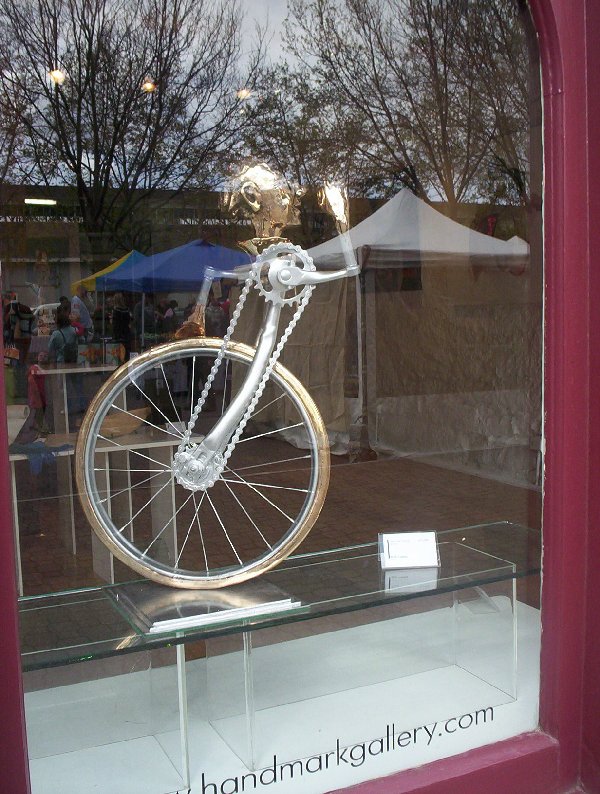 If you have the energy and the inclination once you have finished at the market you could climb Kelly’s Steps to visit Battery Point one of Hobart’s oldest neighbourhoods or you could stroll past No. 1 Shed where events are sometimes held and get a boat to MONA, Peppermint Bay or even a water taxi to the casino or Bellerive.